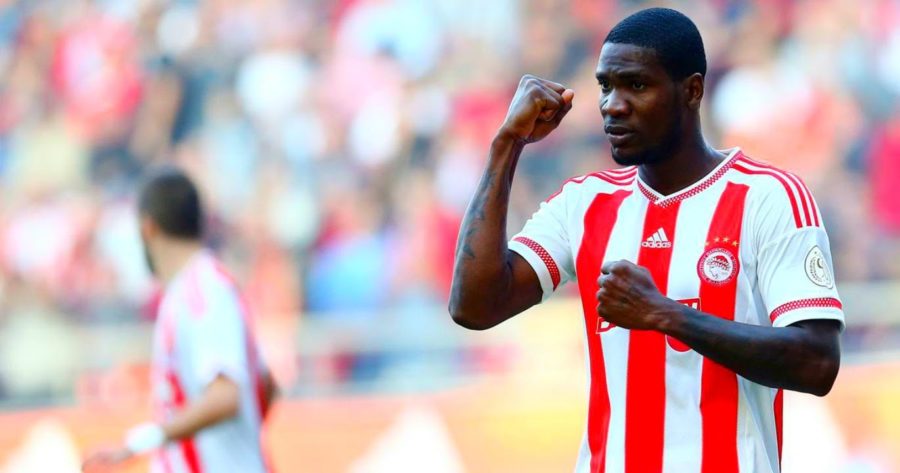 Ideye Brown, one of the Super Eagles most experienced players has made a roar on every field he been playing on. Having representing teams in several leagues around the world such as France, Greece, England and now at the Spanish league where he recently joined Malaga, after a shorter session in China, African Betting Guide just had to catch up with this renowned player.

Brown Ideye on growing up

Originally from Edo State, Ideye Brown grew up in a big family. As with many among the vicinity, neither without any particular privileges. After losing his father at the tender age of 14, fighting became an even greater determination to do whatever it takes to reach his goals.

“Right from when I was a kid, I always wanted the best. I always liked to do things differently from what everyone else did and always gave 120% in my job, on either good or bad days.”

Brown Ideye on his football career

Ideye, who had already owed his global travels playing for several international major leagues gives his perception on the roundup of his career. He recalls the league he best enjoyed playing in and picks Greece as his favorite.

“That’s where I really enjoy playing football after I had not had a good season in West Bromwich due to injuries”, says Brown.

While establishing himself as a professional footballer, success didn’t come easy. He awards his successful ongoing career to patience and calculated steps. He continues;

“I don’t jump from 1 to 100. I always take it one step at a time, from my first club in Switzerland till where i am today”.

After making a big move to China last year to play with Tianjin Teda, Ideye depicts his life as a professional footballer in China anything but regretful. At the age of 28, he was performing great in Greece and he marks offers, as the one from Chine, to never be turned down.

“The experience was not too bad, it’s just a thing I want to put behind me. I don’t like to remember or talk about it anymore. All I have to say it’s thanks to God that I’m playing again and I’m happy being here with Malaga C.F.”

With all successes on the way, Ideye names winning the AFCON 2013 as his greatest highlight over the years. With such an accolade, and having it be the first trophy in his career, it is only fitting for it be his best memory as he boasts.

Brown Ideye on Super Eagles chances in the World Cup

As World Cup is around the corner and our beloved Super Eagles are flying there with undying hope under their wings. While the whole nation is praying for a favorable performance, Brown too is only optimistic about the possible results.

“One thing I notice in football is you don’t predict the results with the names of the players or the country you’re playing for. We have a very hard group and we just have to work harder if we want to get to the semi-finals or win the World Cup, everything is possible in football”, assures Brown.

And lastly, some words of advice from Brown Ideye

With many young aspiring Nigerian footballers dreaming about playing in the biggest leagues as Ideye himself has, he advise hopefuls on not only advancing in football technique but maintaining solid morals and attitude throughout the process. Brown points out;

“Players today often just want to travel to Europe and play football in big clubs and earn big money. First you have to learn how to be a professional football player, not just a footballer player. A lot of sacrifice comes with being a professional football player, but some can’t do it. Be humble, always stay with the right people around you, have the right agent to fight for you first – and not himself. Take your life like you’re walking on a step, don’t jump.”