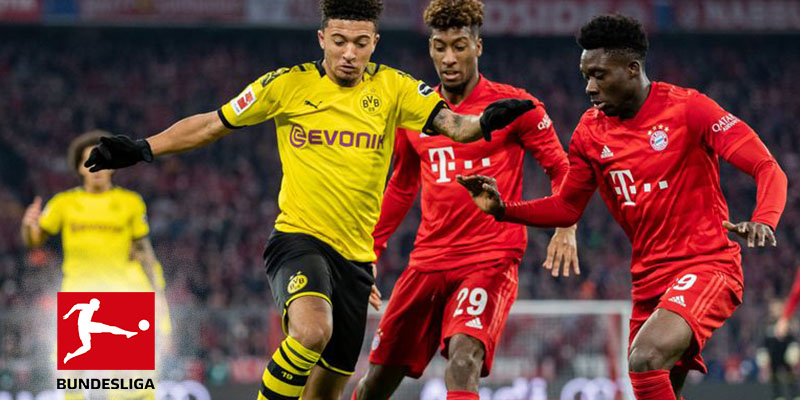 Bundesliga is back … soon!

German Bundesliga could be the first of the five major European leagues to start again after a long break since mid-March. After further information from the German government, we can expect to finally see the 26th round of the Bundesliga 2020 at the earliest 22 of May. We have 9 exciting games to look forward to this weekend and we will of course take you through our betting tips, where you can bet on the Bundesliga and who we think will win the Bundesliga 2020!

Bet on Bundesliga 2020 at Greatodds

Strong lead among the Bundesliga Goalscorers

Where can you bet on the Bundesliga 2020?

🔖 How many times has Bayern Munich won the Bundesliga?

Since the first season in 1963, Bayern Munich has won a total of 28 seasons. It is thus the exact booklet of all 56 Bundesliga seasons played.

🔖 Which Bundesliga match has had the most goals?

🔖 Who has played the most matches in the Bundesliga?

Karl-Heinz Körbel holds the record in most games played in the German league, with a total of 602 matches played.