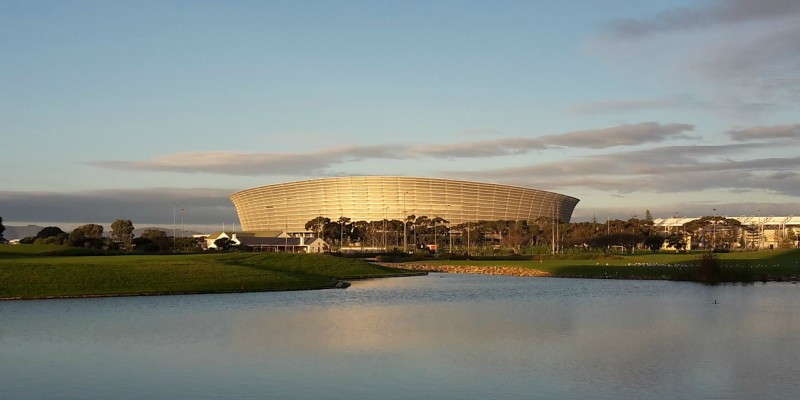 In 2017, Cape Town City Football Club signed a sponsorship deal with SportPesa – and promptly landed in some very hot water. The Premier Soccer League – or PSL – took a very hard line on the issue, and chairman Irvin Khoza was particularly incensed.

Khoza was categorically against any kind of financial backing by bookmakers, and was angered by what he saw as the Blue and Gold Army’s defiance of his orders. Now, in something of a 180-degree turnaround, it has been announced that clubs will be allowed to accept betting companies’ sponsorship.

Proceedings against Cape Town City were instigated in 2017, but the matter remains unresolved nearly two years later. With arbitration still pending, insiders have suggested that the delays in the case are because the PSL has been advised that they’re unlikely to win and are consequently have been trying to let the matter drop – as quietly as possible.

The suggestion that the League would probably lose the case is certainly not unfounded. At the time of the deal between CTC and SportPesa, Khoza furiously insisted that a moratorium had been reached that no clubs would accept funds from any bookmaker.

However, there are no specific rules forbidding sportsbook sponsorships. A resolution was passed in 2010 that said PSL clubs would only take on such arrangements if the matter was thoroughly investigated and approved by the League. Several years later, no action has been taken. Cape Town City owner John Comitis clearly felt that time on the “moratorium” was up – and, plainly, Khoza disagreed.

With no regulations in writing, Comitis signed the deal with the Bulgarian-owned SportPesa. He was issued with several warning letters from the Premier Soccer League, and many insiders thought the club would face major backlash, but decided to move ahead with the partnership.

After maintaining their stance on their SportPesa agreement, the Citizens now appear to have ultimately come out on top. A somewhat embarrassed PSL has now conceded that its Football clubs are allowed to do deals with betting companies as long as it doesn’t directly involve activities related to wagers – the branding must be for shirts only.

The official decision was made in Johannesburg last week, at a Board of Governors’ meeting. The Blue and Gold Army’s partnership with SportPesa, which also sponsors several East African teams among with Premier League FC Everton, has now been sanctified and officially announced. As far as future partnerships go, the PSL does require is member clubs to seen permission before agreeing so as to avoid any conflicts of interest. However, they cannot withhold permission unreasonably.

Considering the huge amount of money to be made in sponsorship, and how much that could be used to develop the talent and reach of Football clubs, these deals seem as inevitable as they have proven to be in other Soccer leagues around the world.

At the same time, the potential for match fixing and other transgressions is high. In light of these facts, the most logical course of action is for the PSL to regulate contracts between clubs and sportsbook sponsors. That appears to be what they are doing now.