Nigerian Sports Betting On The Rise 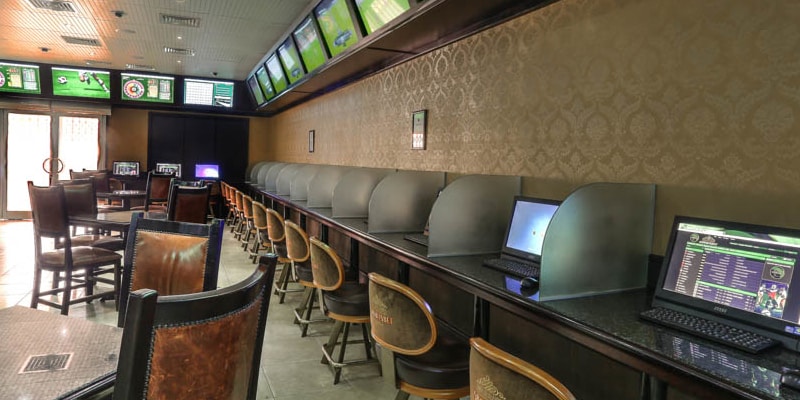 Recent research data has shown that Nigeria bettors are spending more than N700 billion a year on sports betting, with at least 2 billion nairas being generated daily.

The research also revealed that more than 60 million bettors spend over N3 000 each day wagering at popular sportsbooks like Bet9ja. At the moment there are roughly 50 online bookmakers in the country, and this number is steadily growing. Respondents stated that they were betting to create a quick and easy additional income and turn their passion for soccer and other sports into cash in hand.

Research statistics have shown the more than 14 million bets and payments are done online every day, but this has not affected physical betting shops’ business.

Segun Mukoro, a 28-year old fashion designer, stated that he places bets at least once a week. Mukoro says that this is the quickest way to boost his income, and although he has had to deal with losses, he’s had some big wins as well. He confirmed that he bet once a week, especially when a league is playing. He explained that experience has taught him how to play various odds and which teams are most likely to win. Mukoro likened it to a guessing game that you get better at over time. He stated that he is aware of the dangers of addiction, but viewed his hobby primarily as a second income, or an investment of sorts.

Similarly, Eronini Kolapo said that he has been wagering to supplement his allowance. The 23-year old student stated that he started off betting for fun, but was soon able to build a network thanks to it. His predictions are almost always correct, which has seen him become a leading figure in his sports betting ring. His peers pay him to place solid, well researched bets for them too, and he’s generating a decent sum from this every month. This model is not unlike the various online channels that sell predictions in order to help bettors maximise betting stake returns.

Fraudulent Platforms Are an Issue

However, fraudulent platforms remain an issue for bettors. 30-year old Noble Obioria sold his agro-business and added his savings to the proceeds in order to buy predictions from a dishonest operator that ended up swindling him. He spent roughly N1 million on a sure bet, hoping to make more than N10 million in return, but never saw any proceeds from his bet.

There are warning signs that bettors should be aware of before creating accounts with bookmakers online.

Sportsbooks that change their website’s address are suspicious. This is usually done to mislead local licensing authorities, which work at blocking access to sites that don’t have a license. Fake or expired permits are another warning sign. Operators are not allowed to accept bettors unless they hold a lawful, unique license from one of the recognised iGaming regulatory authorities. If customer support is poor or non-existent, beware. If you run into an issue you won’t be able to get the help you need in order to resolve it, especially when it comes to getting paid out. With such a marked rise in betting, there will be an on going rise in fraudulent sites looking to make a quick buck. By being careful and only accessing trusted sites this can be avoided, and a tidy profit made on successful bets.