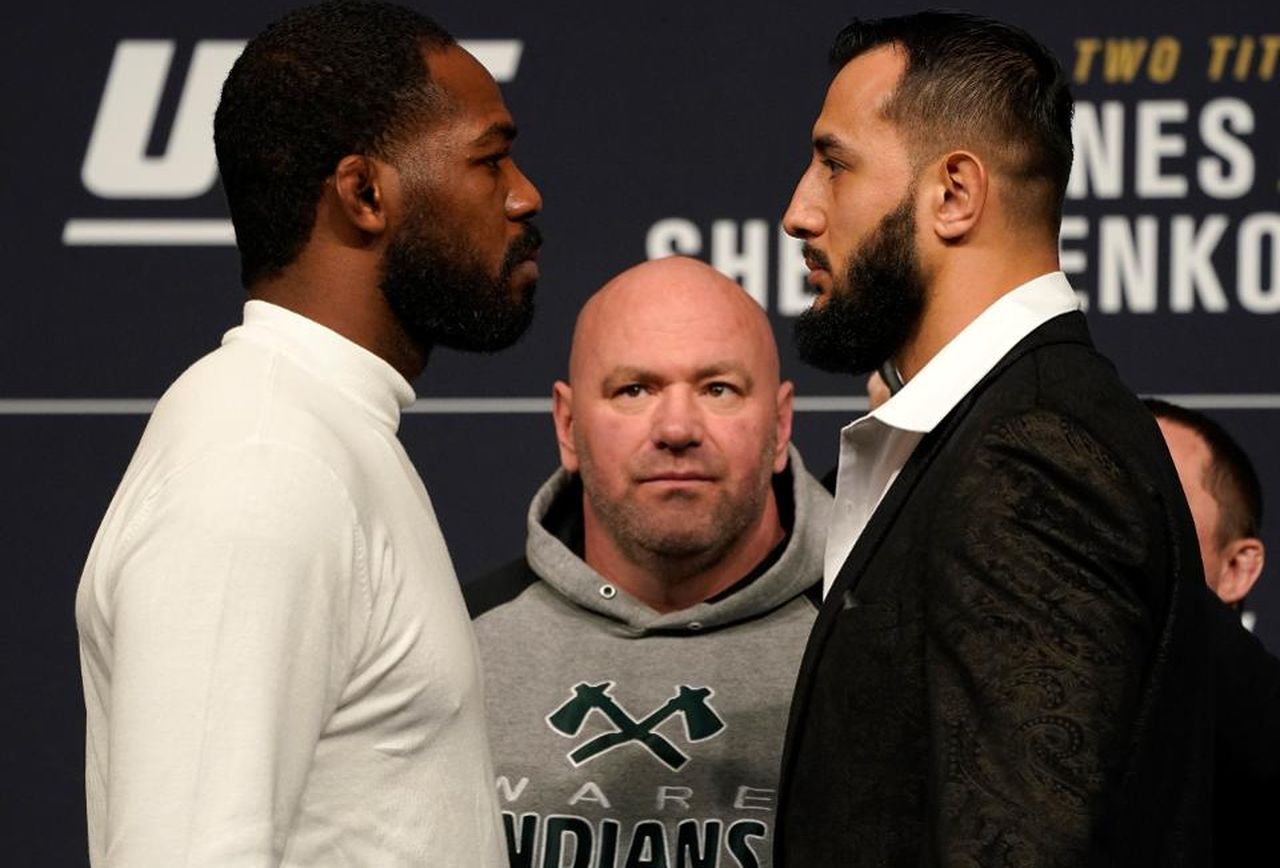 Jones, nicknamed “Bones”, is an eight-time UFC champion, his title on the line yet again in the upcoming fight. The American is 32 years old. Last year, the fighter put his title on the line twice: defeating Anthony Smith in spring by unanimous decision of the judges, and Tiago Santos in summer. Jones has been in the octagon for 12 years, suffering a single technical defeat only in one of the 27 fights. As a matter of fact, Khabib Nurmagomedov has called him the best fighter of our time, regardless of the weight category.

Dominick Reyes, nicknamed “The Devastator”, began his career in 2014, has had 12 fight and hasn’t lost a single one. Reyes is 30 years old. According to him, a victory over Jones will become a cherry on the cake, going down in history. At the same time, Reyes sees the main danger in the opponent’s long arms, which might keep him at a distance. But even if The Devastator manages to take the fight to the ground, Jones will respond with honed wrestling skills that he brilliantly combines with a formidable striking technique.

Reyes is full of ambition typical for underdogs, but he’s never faced a foe like Jones in his career. The fight has 5 rounds, but its outcome is likely to be decided no later than in the fourth one. To Win by Finish Yes comes with odds of 1.69. W1 in round 1 – 2 comes with odds of 2.9 in 22Bet line.

Our money is on who we believe is the stronger fighter, Jon Jones to win by TKO in the 4th round .